The team was founded as an accordion duo in 2005, and expanded to the quartet by 2008. It preserves this composition until nowadays – Povilas Velikis (accordion), Dmitrijs Mihailovs (accordion), Laurynas Vaitkus (birbynė) and Vytautas Švažas (drums, percussion). During this period, the band succeeded in creating their own unique sound that cannot be confused with anything. The music style is reminiscent of world/fusion, jazz, rock, modern folk, and crossover.
Subtilu-Z performs extensively abroad, presenting their authored and Lithuanian composer’s music to the world. The concerts also feature Lithuanian folk themes and well-known popular works performed in their inherent style. The Lithuanian authenticity in the band is contributed by a national wind instrument, birbynė, having a unique timbre where you can hear the shades of the duduk, saxophone, clarinet … Meanwhile, the band is one of those rare cases in the world where the listener can hear his timbre and capabilities.

After the concerts, listeners almost unanimously tell that the band’s impeccable performance of the music leaves no room for indifference. The energy simply explodes throughout the concerts and every member of the band is an integral part of it. No matter, whether they play their own created music, jazz standard, rock – pop, or modern folk, – everything sounds unheard of in their concerts. 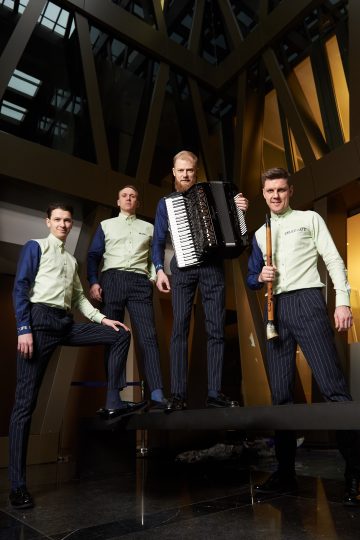