Rūta Žibaitytė, better known under the name of Rūta Loop – alternative pop music performer, who invites us all to her debut album ‘Chapter’ release party. Together with a live band, in 23d of November, in live music club Tamsta, Rūta will share her musical stories, which are made by people she met through life. ‘I am greatful for the whole world for every human steped into my life, for their stories that I’ve heard. That all created ME. So this night I will be sharing not only mine, but also your stories. If you want to hear anything about yourself – just give me your hand and let’s go together’ – Rūta.

Rūta was strongly connected with music from a very youg age, she participated in various television projects, some know her as a background singer of the best artist in a country. This girl never lack of postivity, and with a great help of looper she creates miricales. It’s not an accident, that Rūta Loop is her stage name. This is an instrument, which finally helped her to hear herself.

In this concert, together with live band, we will see famous Lithuanian musicians, who are going to be announced soon…. 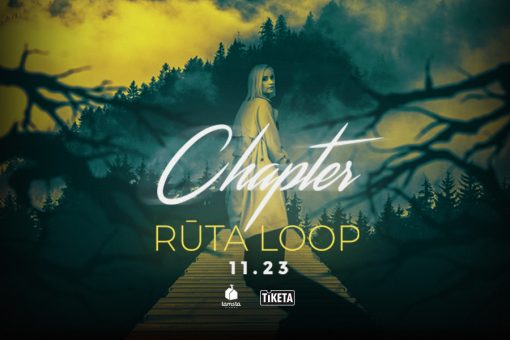