Nobody would disagree, that while listening to Alina you can hear not one story ar myth. So in 13th, January singer invites us to listen to winter stories about last mammoth world, about the Moon or magical moment of sunrise.
Everytime she’s on stage – Alina gifts her listener unforgetable shows, full of sincerity, true and touching songs.

In eleven years in writing music and performing her sound been changing – from youthful maximalism to deep drama or melancholy cabaret irony. But one thing never changed – performance sincerity. It looks like in all of those years full of concerts in different countries, with a lot of experiences and seeking, Alina took everything to herself so that she could share it with her audience. It doesn’t matter in which language –  russian or english – she would sing – Alina shows her true feelings. This is why, no matter where she is performing – her audience is the ones who values real sincerity and originality.

Surprise for Alina Orlova fans ! This spring she will release her second album “Mutabor” vinyl. 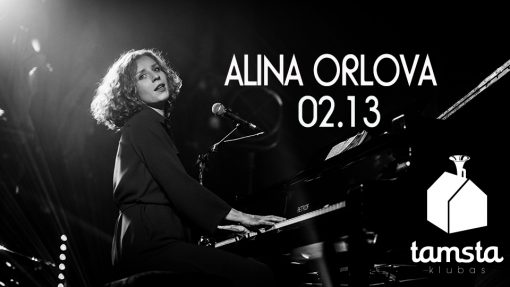